On April 16, 2019, Mr. Bill Ironside, the new principal at Columbia International College (CIC) in Canada, visited NBHIS.  This is his first trip to Huamao and the second stop in China. Chen Jingbo, NBHIS CEO, Principal Cheryl, Principal Maggie, Carl Kirkpatrick, Assistant to the Chairman, and Duan Yunfeng, NAP coordinator had a friendly talk with Principal Ironside. 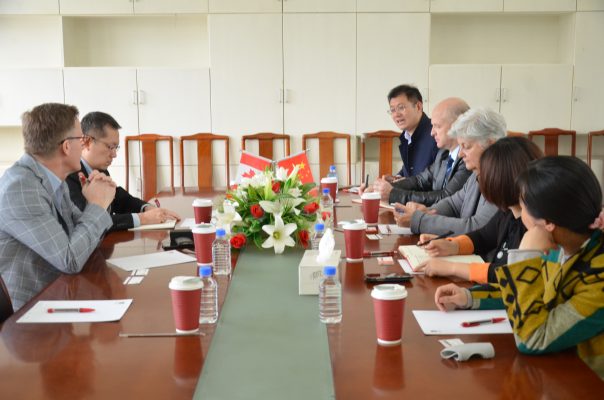 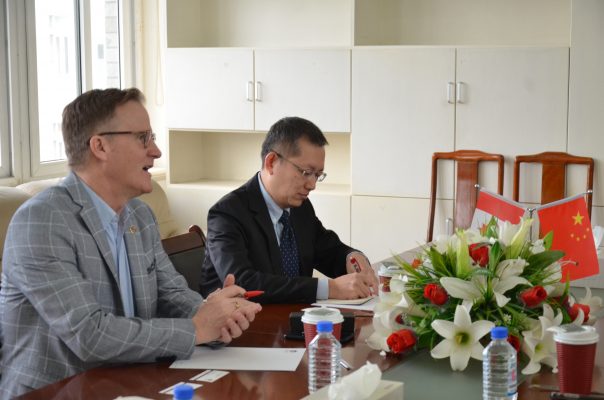 CIC has had a good relationship with Huamao for 20 years. Long ago, at the establishment of Huamao Foreign Language School, the idea to set up Sino-Canadian program in Ningbo was developed.  By 2014, the NAP had become one of few Sino-foreign cooperative high school courses registered by the ministry of education.  In recent years, more and more graduates from Huamao have succeeded in applying at top universities in Canada. 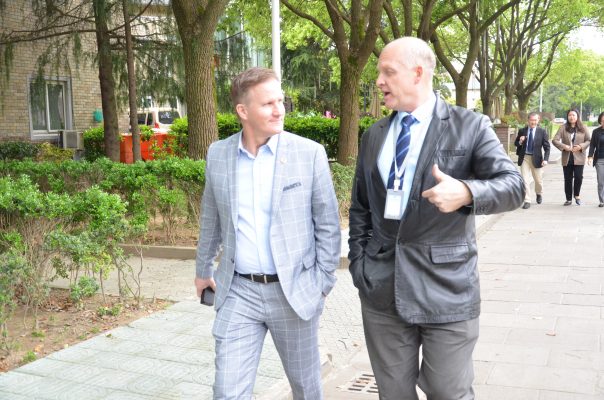 2019 is the 20th anniversary of Huamao, and the 40th anniversary of Columbia International College. The two schools are determined to make NAP program the best first-class Sino-Foreign cooperative high school course in Zhejiang Province.

In the afternoon, 200 students and parents attended a special parents meeting. Principal Ironside introduced and explained new ideas of studying being explored Canada. 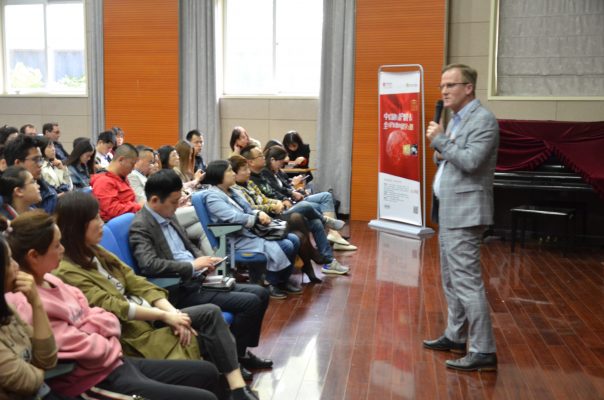 University of Toronto is ranked in the top 20 universities in the world,

McMasters University is ranked in the top 10 universities in Canada

Waterloo University is ranked in the top 5 mathematics programmes in mathematics.

In addition, Principal Ironside shared the success tips in studying abroad to the appreciation of students and parents.